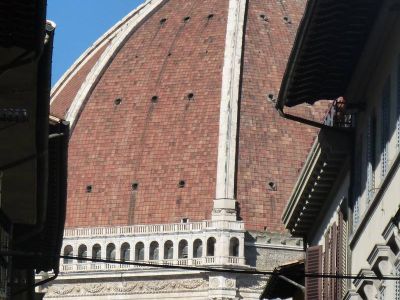 A classic itinerary for those visiting Florence for the first time and an incomparable journey through the architectural and artistic symbols of Florence.  The center is compact and easily negotiated on foot, and can be crossed from end to end in thirty minutes.

The tour begins in piazza del Duomo, the religious center of Florence with the Cathedral of Santa Maria del Fiore, the symbol of the Renaissance. This is largely thanks to the magnificent dome designed by Brunelleschi, and here you can also admire Giotto's bell tower and the Baptistery of San Giovanni decorated with three magnificent bronze doors, the most famous being the gate of Paradise by Ghiberti.

The Duomo is the most famous of all Florence's monuments because of its remarkable dome which dominates the skyline and can be seen from many miles outside Florence. The dome was designed by Brunelleschi in 1420, the greatest of all his architectural works and a feat of engineering skill since it was the largest and highest of its time.

After traveling through the narrow medieval streets full of old houses and towers reminiscent of the great poet Dante Alighieri, you'll come to Piazza della Signoria. This is the political heart of Florence, where we find the Palazzo Vecchio, one of the most significant public buildings of the Middle Ages. One can see also the Loggia dei Lanzi - a gallery of statues, including the formidable Perseus by Benvenuto Cellini, and also one can see the numerous statues inside the square itself, like the beautiful fountain by Ammannati. In the centre of the fountain is Neptune standing on a chariot drawn by four sea-horses, while three young tritons play between his legs. The fountain is under renovation thanks to Salvatore Ferragamo, a famous company engaged in fashion industry.

From there the tour continues with a walk around, visiting the Church of Orsanmichele, a symbol of the power of art during the Florentine Republic, and the district of Santa Maria Novella, testimony to the rich merchant and banking families of Renaissance Florence.

The church of Orsanmichele is an unusual church which looks more like a civic building than a place of worship. The unusual structure of the church is explained by the specific origins of this religious edifice, which was originally built as a grain store and market. Over the altar of the church there is a beautiful large Gothic tabernacle by Orcagna, a masterpiece sculptural decoration.

The tour ends at the Ponte Vecchio amongst the jewels and precious stones of the ancient goldsmiths. It is at the narrowest point of the river. Its design remains basically that of 1345, it has been lined with shops since that time. Above the shops on the left side (approaching the bridge from the Por Santa Maria street) runs the famous Vasarian corridor, the covered passage designed by Vasari in 1565 for the Duke Cosimo I de' Medici, which connected the Uffizi to the new ducal residence in the Pitti Palace. 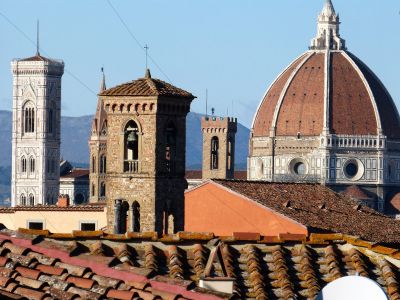 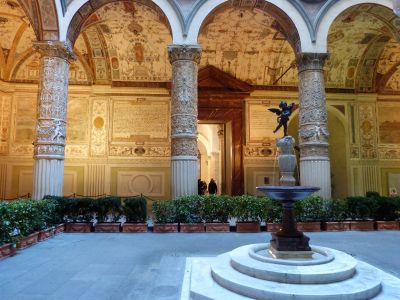 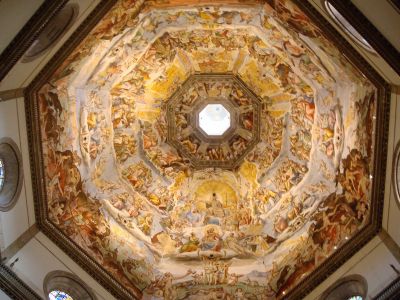